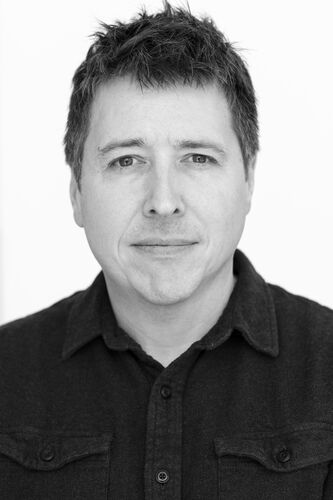 Scott Espeseth earned an MFA in printmaking from the University of Wisconsin-Madison where he worked with storied print artists such as Frances Myers and Warrington Colescott. His work has since evolved to focus mainly on drawing, usually with commonplace media such as graphite pencils and ballpoint pen. His drawings have been described as “clairvoyant,” often depicting familiar spaces charged with a sense of dark presence, or other instances where planes of existence clash: the future sending messages to the past, memory intruding upon the present, or the subconscious bleeding into consciousness. He has exhibited nationally, including solo exhibitions at the James Watrous Gallery of the Wisconsin Academy of Sciences, Arts, and Letters, and Alcove Gallery in New York, NY, and numerous national and international group shows. Scott has been on the faculty of Beloit College since 2002 teaching all levels of drawing and printmaking.